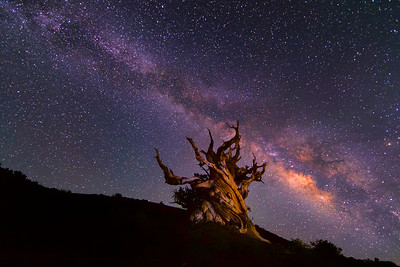 Are these PhotoShopped?  What does that mean? Let’s look at the question and some assumptions.

First, there’s the assumption that the camera can capture what your eye sees. It can’t. A camera only “sees” in 2 dimensions, whereas the human eye sees in 3. In the digital darkroom the illusion of 3 dimensions can be created, to be truer to what the photographer saw.

Next, there’s the assumption that everybody witnessing the same scene sees everything the same way, sees the same colors. We don’t. Whether it’s due to the different ratios of color cones in our eyes or how we process them in our brains, we all see things a little (or, in some cases, very) differently. Women have an easier distinguishing between certain colors than men do. Men have a harder time distinguishing between greens, blues and yellows e.g. orange may appear redder and green may be yellower to a man than to a woman. Our brains often edit out things that we don’t choose as our main focus in a scene. We can choose to not “see” things like dead trees or power lines or people and just see that marvelous sunset. The camera just records what's there. Most of us have heard the tale of somebody in a gorilla suit walking unnoticed through a tableau because it wasn’t expected, and therefore not seen. In a camera, the white balance, color preferences and exposure will change how it records the colors. There was one time when I was photographing sunrise on Longs Peak and had 2 different brand cameras with me. Both had the same white balance setting and yet, one didn’t record the alpenglow at all! Basically, the camera didn’t “believe” that the east face of Longs Peak could turn that incredible gold/orange color of alpenglow. Curious, I was able to bring it out with adjusting the exposure in PhotoShop even though the original showed no trace of it. In the night sky, a 15-25 second exposure will let in more light and thereby reveal more stars and colors than your eye can see. In daylight, your eye sees a blue sky, even when looking towards the sun, but the camera might record just a blown-out, white sky.

So what does being "PhotoShopped" mean? Does it mean any and all processing done on the computer? Is it removing dust? Is it adjusting the white balance? Is it adding, subtracting or moving things to the image to change the viewers reading of it?

Most important is the intent of the photographer. What I’m trying to do is to share with the viewer a sense of why I made that particular photograph. It’s the experience of the moment that I’m trying to convey.  I don't add things that weren't there, but if there's something intruding on the edges of the frame that detract from focusing on the main subject, like a branch hanging down or a bright object, I will take it out or make it less obvious by cropping the image or some other method.   There was something extraordinary that drew me to make that photograph, whether it was the light, the textures, the juxtaposition of different elements, a combination of all of them and that's what I want to share.  It wasn’t a mundane scene that I thought I could manipulate with the computer to make into something else. Ansel Adams manipulated his negatives to make the print he saw in his mind, and his most famous ones are in black and white. Photographs are made, not taken.